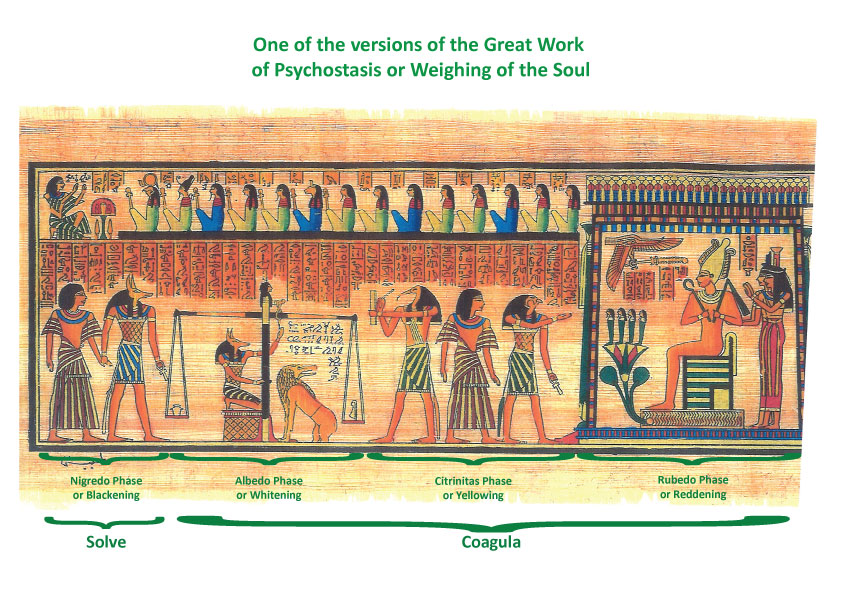 All living things on the planet GAIA, Mother Earth, are involved in a continuous movement of cell renewal. This action is dictated by the precessional movement of the planet in the solar system (about 26 thousand years), marked by the Era (each Era is 2160 years), by the centuries and the years which are punctuated by the four seasons, where each has its role.

Autumn, Winter, Spring, and Summer correspond to a cycle of renewal of energies that we forget in our daily life, just as we have also lost the notion that there is periodically a total cellular renewal of our organism, associated with the interaction of the metamorphosis phases of life:

The processes of renewal in the Human Being can be carried out 13 times, 91 years, even several times exceed this level.

Throughout these renewal cycles, we have witnessed molecular changes impacting our genetic makeup. According to the molecular-based vibratory language of life, proven by Étienne Guillé, each renovation brings, in a vibratory manner, a kind of rebirth – when the process is 100% complete.
However, when a renovation is incomplete, certain stresses, called degenerative imbalances that will affect body, soul, and spirit, can develop over the long term.

In practice, Étienne Guillé has already demonstrated, through his research in molecular biology, that the evolution of the cells of the Human Being can be compared to the Great Alchemical Work of Psychostasis, just as the ancient hierophants of Egypt already manifested it in their medical papyri (documents vibrationally decoded by the French scientist).

In practice, the Great Alchemical Work of Psychostasis is divided into two major states: 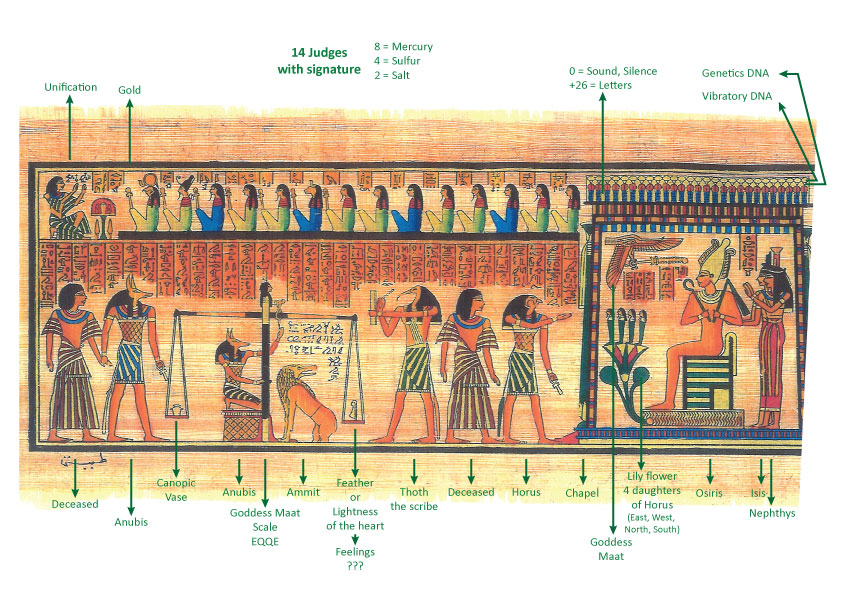 What happens vibrationally with the DNA contained in the cells of each Being?

In the Solve state of Psychostasis, the Nigredo phase is when the three philosophical principles of life – Salt, Mercury, and Sulfur – are in a neutral state, i.e. there is no manifestation of the vibrational energy of these three principles.

Right now, people feel helpless, disillusioned, lost, alone, without a point of reference, there is even total uncertainty about the next moment… The Human Being is thus going through a process of Solve.

In the DNA chain, cells are separated and deleted, there is a kind of negative stress imposed by enzymes, which causes a change in the molecular structure of the DNA of each cell.

It is essential that in the Solve state, depending on the history of each Human Being, the days necessary for this to be achieved are respected. There should not be any physical, energetic, and vibratory overloads, because the Nigredo phase is crucial so that afterward there is no anti-philosophical stone simulacrum.

After a Solve, the Coagula state appears, in which the first phase is the Work in Albedo or the weighing of the Quality of the energy. Cells that have not been destroyed by negative stress will be amplified multiple times, resulting in the formation of a new chain of vibrational energy.

Two of the three philosophical principles of life are restarted: Philosophical Salt and Sulfur manifest themselves in vibration. There is then a weighing of the energy of the feelings through the Heart, where they will have to be light as a feather for the process of Psychostasis to evolve into the next phase.

In practice, the Heart cannot have the energy of feelings such as hatred, aggression, envy, power …, because these patterns will not weigh on the scale, which symbolically in the light of the Psychostasis, according to the Egyptians, are absorbed by the animal kingdom.

In the second phase of the process in Coagula, the Work in Citrinitas, the amplified molecules will begin to have a new typological order in the DNA chain of each cell, already with the interaction of the three philosophical principles of life – Salt, Mercury, and Philosophical Sulfur.

If the interaction of the three philosophical principles of life is 100% correct, the vibrational frequency of cells increases, and cell replication begins with the vibrational energy of the Philosopher’s Stone (called the energy of life). It is the beginning of the third phase in Coagula of the process of Psychostasis, the phase of the Work in Rubedo.

However, there may be an incorrect interaction between Salt, Mercury, and Sulfur i.e. the creation of a mock Philosopher’s Stone. This situation potentiates the vibrational energy of the anti-philosophical stone, in which the cells are unable to increase their internal vibrational frequency and begin to replicate only as matter and are interrupted. This is where all degenerative diseases are triggered. In practice, there is an abortion of the Psychostasis process and then the Human Being will add in the next cell renewal all these negative stresses, which can make the next process of Psychostasis deeper and more complicated.

In the third phase of the state in Coagula, the Work in Rubedo, the cells already have a new topological order, the replication of which is made according to the quality of the frequency of vibratory energy of the philosopher’s stone. This is a quantum leap for the Human Being, who is already reborn by taking advantage of a new consciousness and a higher level of vibrational frequency. 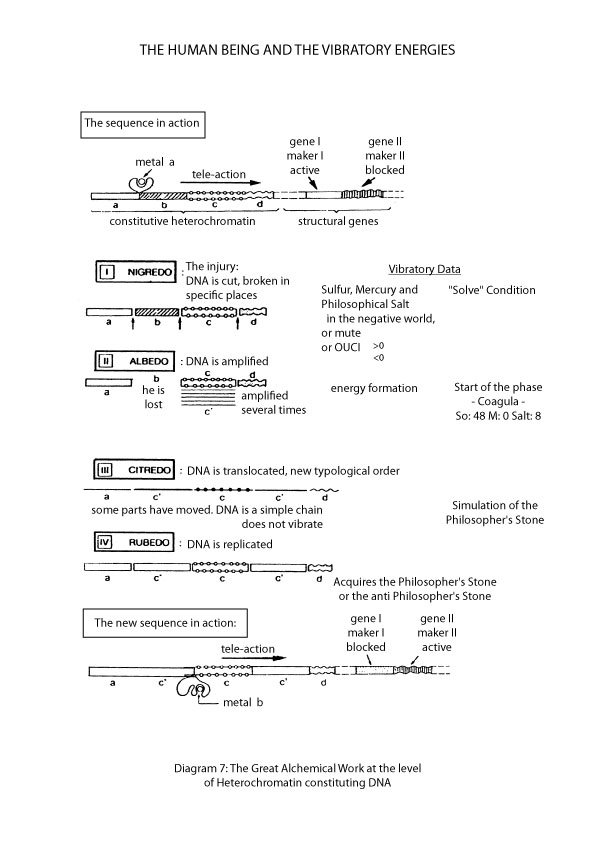 How to recognize a Human Being in Psychostasis?

In a Human Being, Psychostasis can be seen when, for example, a child, around seven years old, wakes up in the morning and tells his mother that he is feeling desperate, that he doesn’t want to eat or play. “I don’t know what’s going on, mom, it’s all empty.” Only a conscious mother or father in the New Quantum Age of Aquarius can take a moment to think: what is going on with my child?

This child is literally facing his first cell renewal. He is in a state of Solve.

Another emblematic case is that of an adult who, at 28, decides one day to give up his professional life and run away from the whole family, claiming that he needs to find himself. “I don’t want to live. Nobody understands me. I don’t need to listen to anyone, I need peace. It is also a Being that is in a state of Solve of the process of Psychostasis, which concerns its fourth cellular renewal.

The deeper state of Solve may indicate that, for example, the person in the third renovation had negative stress that did not turn into positive stress, that is, they did not allow to qualitatively complete the four stages of the Alchemical work of Psychostasis. In this situation, it is natural that there is an addition of stress and an overload in the Solve state of the fourth cell renewal. Anyone who doesn’t know about the New Age of Aquarius sees it as a depression.

Another example is of an adult who has just turned 77 and overnight he has no more energy and his body seems to be collapsing. This person is experiencing his 11th cell renewal, which can be more intense if, by chance, during the previous renovations, he has also undergone negative stress which could not be transformed into positive stress and did not qualitatively end the whole process of Psychostasis.

Each person should do a self-analysis of what has happened to them every seven years throughout their personal and professional life, for example, change of job, professional promotion, change of residence, change of marital status, or children. … This renewal of remarkable situations will allow you to better understand the progress of your renovations.

Practical cases of everyday life are the best to have a more realistic perception of Psychostasis. For example, when we decide to fix a room, we first remove everything from the space, and then it is the total mess (state in Solve).
Then, it is decided what will remain in the room (it is the weighing of the first phase of the state in Coagula, Work in Albedo). Then we start to arrange differently and / or with new pieces (Work in Citrinitas, of the second phase in Coagula). Finally, with everything well organized and with new energy, we will begin to enjoy the space (Work in Rubedo, or Red).
It is important to note that we can only fix the house when we also fix our heads.

In any person, the process of Psychostasis can be detected through the vibrational language of life on a molecular basis. It is important to note that in any of the cases mentioned above, if clinical analyzes are carried out, the results will not be true and any medication ingested can cause the interruption of the process of Psychostasis and totally overload the next cellular renewal with unforeseeable consequences for this Human Being.

Learn more about Psychostasis at:

This website uses cookies to improve your experience while you navigate through the website. Out of these, the cookies that are categorized as necessary are stored on your browser as they are essential for the working of basic functionalities of the website. We also use third-party cookies that help us analyze and understand how you use this website. These cookies will be stored in your browser only with your consent. You also have the option to opt-out of these cookies. But opting out of some of these cookies may affect your browsing experience.
Necessary Always Enabled
Necessary cookies are absolutely essential for the website to function properly. This category only includes cookies that ensures basic functionalities and security features of the website. These cookies do not store any personal information.
Non-necessary
Any cookies that may not be particularly necessary for the website to function and is used specifically to collect user personal data via analytics, ads, other embedded contents are termed as non-necessary cookies. It is mandatory to procure user consent prior to running these cookies on your website.
SAVE & ACCEPT